Felix The Cat Wiki
Register
Don't have an account?
Sign In
Advertisement
in: Cats, Minor Villains, Characters,
and 2 more

Alex the Cat is Felix's near look-alike cousin from Australia who appears in the Newspaper comic strips. He disguises himself as Felix by painting himself black in order to steal Felix's girl, Kitty .

He also makes a cameo appearance in The Twisted Tales of Felix the Cat episode Nightmare on Oak Street as an evil doppelganger.

Alex resembles Felix in every way except one: He is completely white, except for his eyes. Even his nose is white.

Not much is seen of his personality other than him being dishonest, and having no qualms towards using trickery to get what he wants. 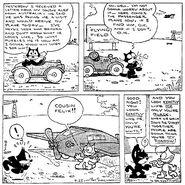 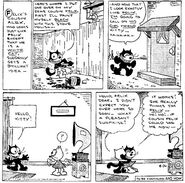 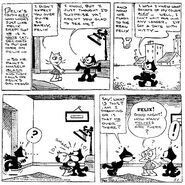 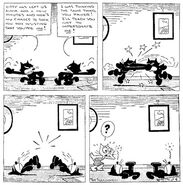 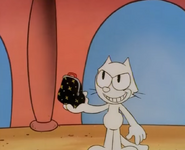